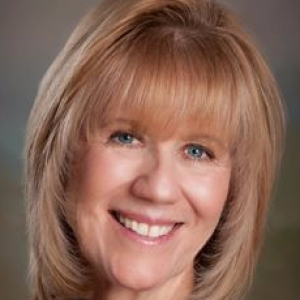 Visceral Manipulation (VM) is a manual therapy where a therapist uses gentle, specific manual forces that encourage normal mobility, tone and natural tissue motion of the organs releasing stuck tissue of the body where motion has been impaired. Its purpose, according to Jean-Pierre Barral, D.O., the developer, “is to recreate, harmonize and increase proprioceptive communication in the body to enhance its internal mechanism for better health.”

There is a relationship between the organs and body dysfunction and thickening of connective tissue can cause altered mechanical tensions. After proper application of VM, musculoskeletal, spinal, cranial relationships will self-correct.

Our bodies need movement to be healthy—inside and out. If they don’t move, they become tight, stiff and painful. One of the major causes of impaired movement is inflammation. Many things create inflammation including any jarring injury (falls, auto accidents), repetitious movements, diet, environmental toxins, infections, surgery and emotional stress.

As an example, when we get into a car accident, our entire body gets knocked around and micro to macro tears occur in the tissues. Sometimes our entire body gets whiplashed. There are four types of whiplash that can be theoretically distinguished: back to front, front to back, right to left and left to right, and none of these four types occurs in isolation. However, whiplash is not isolated to just auto accidents; one could miss a stair step, jump improperly on a trampoline, be tossed in their seat by amusement park roller coaster rides or turbulent airplanes, or any kind of a sudden fall.

As our body naturally begins to heal from a trauma, the disrupted normal tissue fibers are replaced with relatively inelastic granular tissue, creating lesions (scarring), inhibiting the natural slipping and sliding our organs need to move, thus causing impaired movement of the body. For example, if the liver has limited range of motion, it can inhibit a person from being able to freely raise their right hand above their head. If the kidneys are unable to have full range of movement, low back pain could be present.

There are a number of systems that work together to support and hold abdominal organs in place while still allowing for their natural motion. All of our internal structures are wrapped in a double layer membrane system that produces fluid, creating a suction effect between the two layers holding structures together while still allowing for slipping and sliding over each other. If one organ has the slightest hang-up to slipping and sliding over another, it compromises not only that particular organ but can manifest symptoms in other areas. A good visual example of this is if you tightly twist your shirt at the bottom right corner, you will feel the pull of your shirt in multiple directions across and all the way up to your shoulder.

Another system is one that involves hollow organs such as the intestines. Hollow organs have greater pressure inside of them than outside which make them expand and occupy the maximal amount of space available to them. If, for example, a person has had surgery to remove the appendix, the ascending colon can be compromised by scar tissue pulling and twisting it out of shape, creating a struggle in its movement and function, resulting in compromised bowel function.

Over time, as the body struggles, it gets more difficult and a mind-body disconnect along with pain can take place. Just think of it as having a direct path from the front door of the house to the back door with large objects scattered in that path, making you go around them. If multiple visits from front to back be made all day, it would consume more of your energy and you would be more tired at the end of the day than if you had an unobstructed path. So, too, when organs have to work harder due to restrictions, they tire faster and the body becomes susceptible to dis-ease.

VM is performed by a therapist using their soft, relaxed hands with precision and minimal force to release any of the stuck areas (areas of tension) within the body. To find these stuck areas a “mechanical dialogue” is created by the therapist to determine where movement is absent or diminished. Dysfunctional areas in the body move much less than healthy tissues as they are less elastic. The body “hugs” or rather protects the area of restriction leading to alignment issues and compensatory movement patterns which can lead to pain and tension in the muscular system. According to Barral, “The muscles are witnesses to what is going on deeper within the body.”

Give the gift of health!